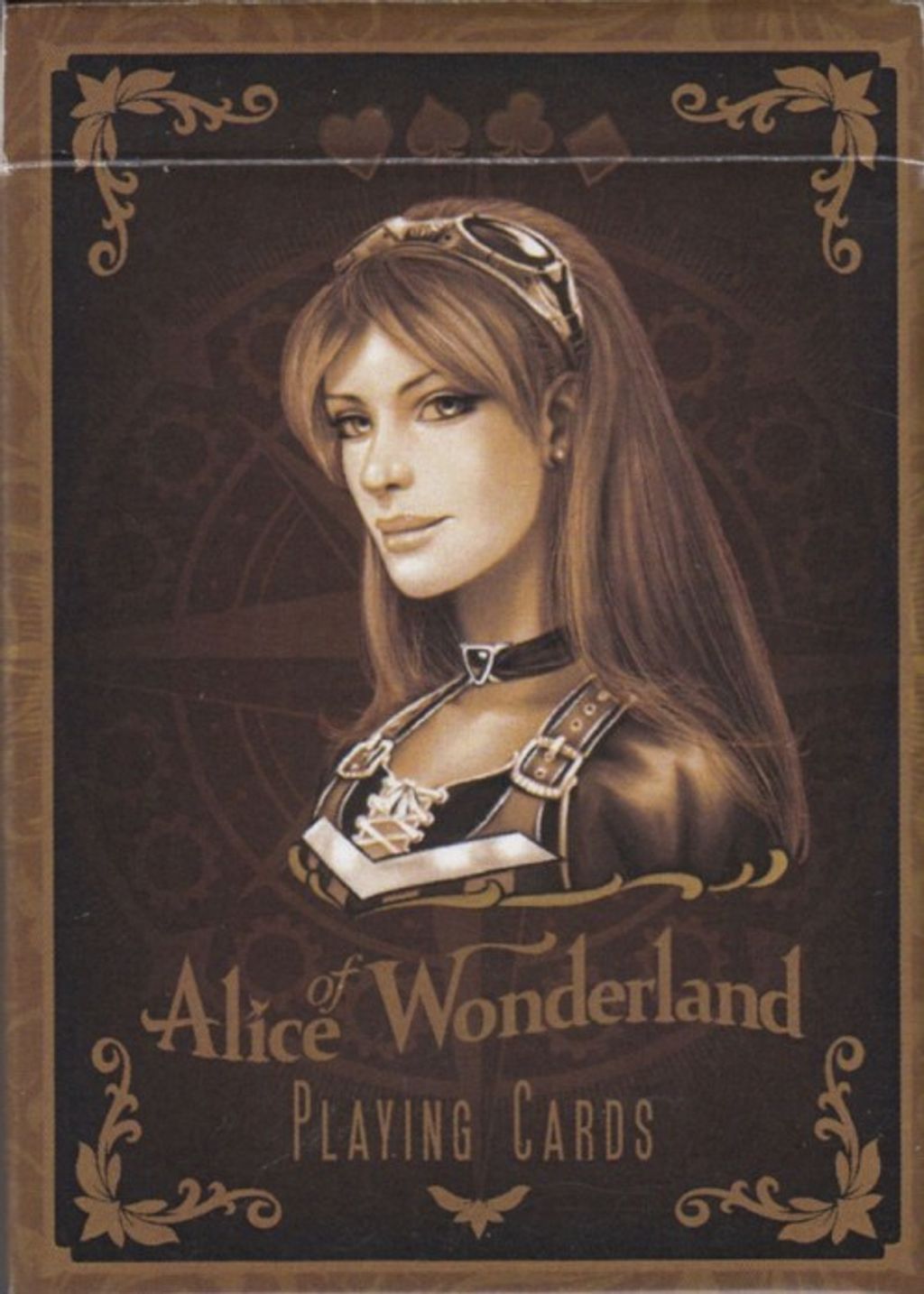 This deck is about storytelling - it's about Alice's continued adventures in Wonderland to be precise. Fairy tales make for a great entertaining medium. Imagine taking that same love and passion we all reminisce about and puting them into a deck of playing cards - the cards that come from a vision of Wonderland. Inspired by Lewis Carroll's (Charles Dodgson) original Alice's Adventures in Wonderland, This classic story is taken further, by continuing Alice's Adventures as a young lady who earns the title - "Alice of Wonderland". This deck of playing cards, as well as the main story, has a Steampunk Wonderland theme. The traditional de la Rue design style is kept by only illustrating the face cards and keeping the numbered cards basic, but with a hint of Wonderland.

Why Steampunk in Wonderland? The original Wonderland story was written and set in the late 1800's Victorian era. The genre of Steampunk derives from that same era so it ties in nicely with the Wonderland theme. However, this deck of Wonderland playing cards is part of a larger picture, one that tells the story of the continuing adventures of Alice. In this more mature setting, Alice is now a young lady and the world she remembers from Wonderland has changed, everything is now Steampunk - but still Wonderland. The 4 main kingdoms of Hearts, Clubs, Spades, and Diamonds, rule Wonderland.

Included in this deck are Alice, the Cheshire Cat, and the White Rabbit as the Joker playing cards illustrated in full pose and in the same black and white line art as the royal face cards.