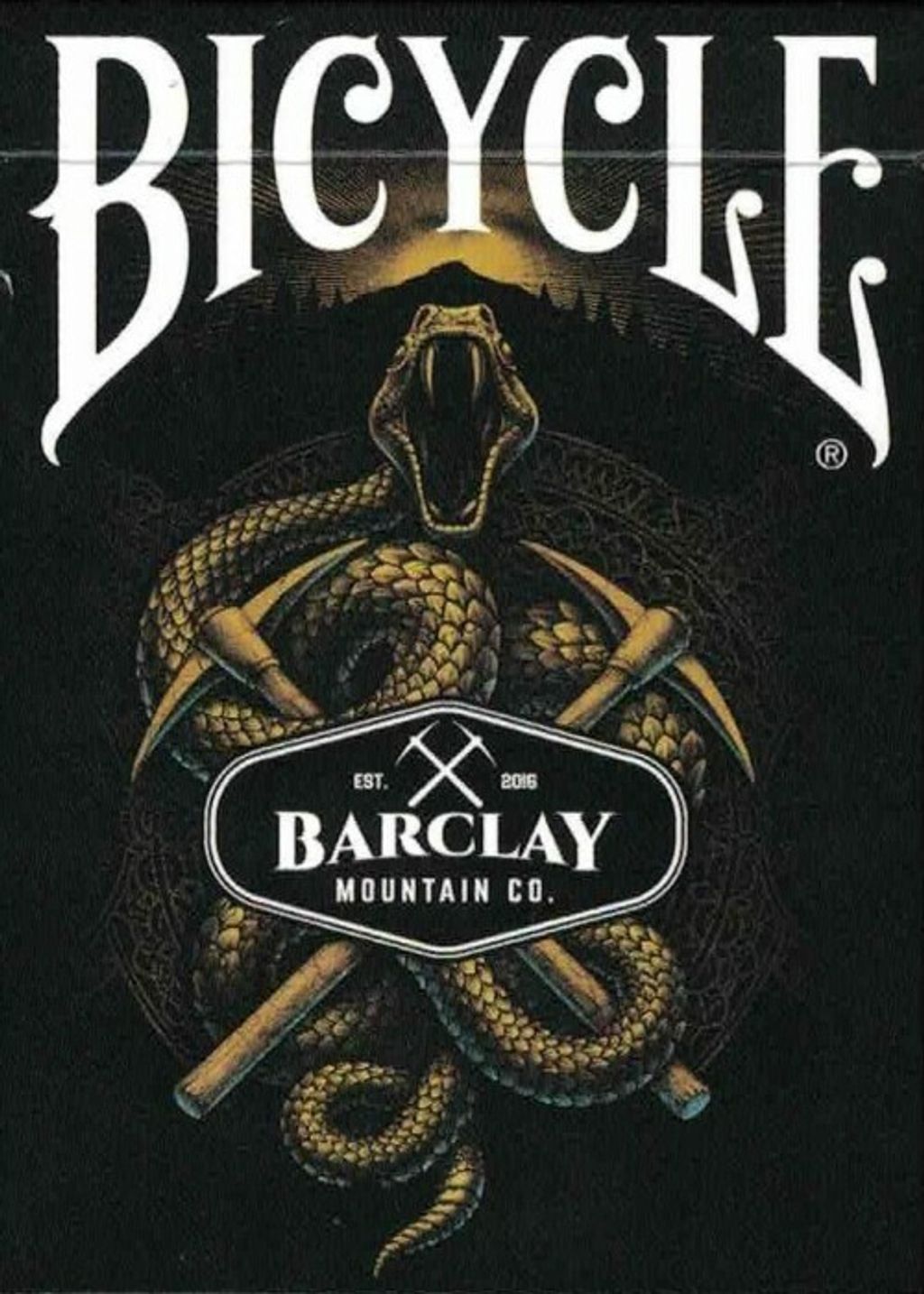 The court cards feature what life would've looked like on Barclay Mountain before it became a ghost town. Coal miners, lumberjacks, a leatherworker, a businessman, a railroad worker and teachers are hand illustrated on each court card. Much of the artwork was created using real photos for the inspiration.

The tuck case features a snake coiled around two pickaxes. The inspiration for this design came from the Gadsden Flag (also known as the Don't Tread on Me flag). We have a stretch goal where we will produce a unbranded version (without the Bicycle logo).

The back design features two snakes forming the infinity symbol. It's designed to remind people that time is never ending, and history can repeat itself. The back also ties in the theme of coal mining and lumbering with the use of pickaxes, axes and a railroad locomotive. The locomotive is modeled after one of the trains that once carried coal from the mountain to the nearby town of Towanda, Pa.

The playing cards were designed in collaboration with R.J. Tomlinson, Anna Dorjieva and Oleg Gert. We wanted the overall design to give a sense of a ghostly nighttime feel. If you ever visit Barclay Mountain at night, you'll know the feeling we were trying to capture... magic and mystery.