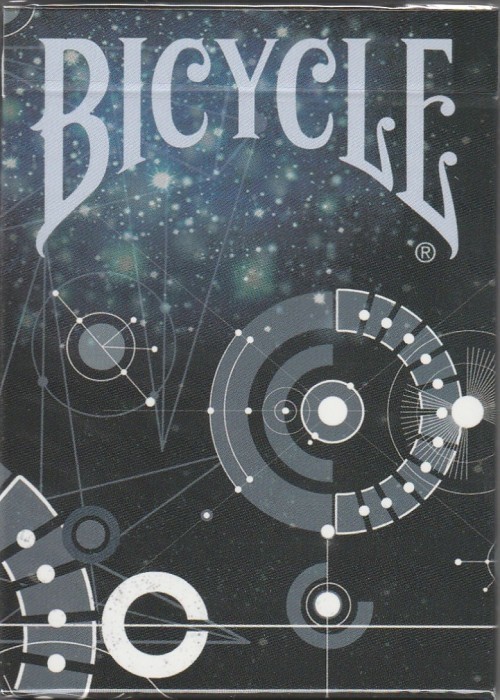 Outer space turned into playing cards - a fascinating and intriguing deck you'll want to share with others!

"Lodged for the night at Summit Temple,

Could touch, at arm's reach, the stars so nigh;

Yet dare not raise my voice in speech,

This poem was written more than a thousand years ago by the "Immortal Poet" Li Bai. A lot of times when we see those twinkling stars in a clear night sky, we wonder whether "the beings up high" truly exist.

"What would they look like? What characteristics would they have? Hmm, let me turn my imagination into playing cards."

So here they are, the Bicycle Nebula Playing Cards

All the faces are personified planets and other celestial bodies. They are the nine planets, plus Ganymede, Mimas, and Halley's Comet. However, the designer decided not to tell you which card represents which planet, because he believes that everyone has their own interpretation.