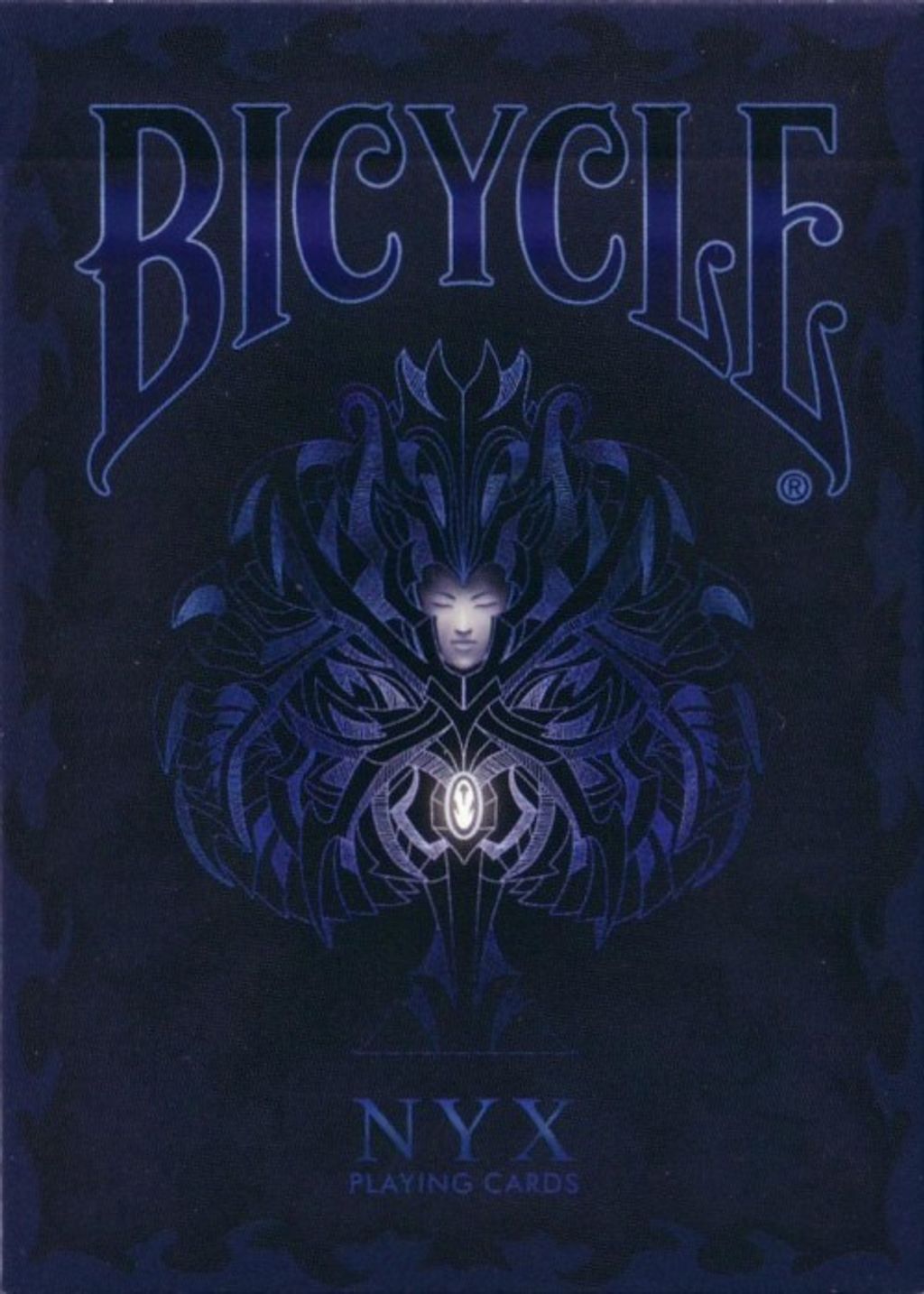 Feel the presence of NYX, The Goddess of Darkness. One of the most feared figures in all of Greek Mythology, she is an exceptional power and beauty. Zeus, himself, was even frightened by her. The Bicycle NYX Playing Cards deck is made by Collectable Playing Cards and Produced by USPCC. Make sure that, with this deck, you are not left in the dark!

The card backs have a hypnotizing kaleidoscope of blue against white borders.

The artist decided to modernize her, as the court cards feature NYX complete with dark metallic armor. She is featured in blood red and night blue -- ready for battle.

The numbered cards and pips feature a rigid and abstract design. It pierces through the white backdrop and really pops!

NYX makes a rare appearance in red and blue on the Joker cards.

Especially suitable for those eerily-themed effects!