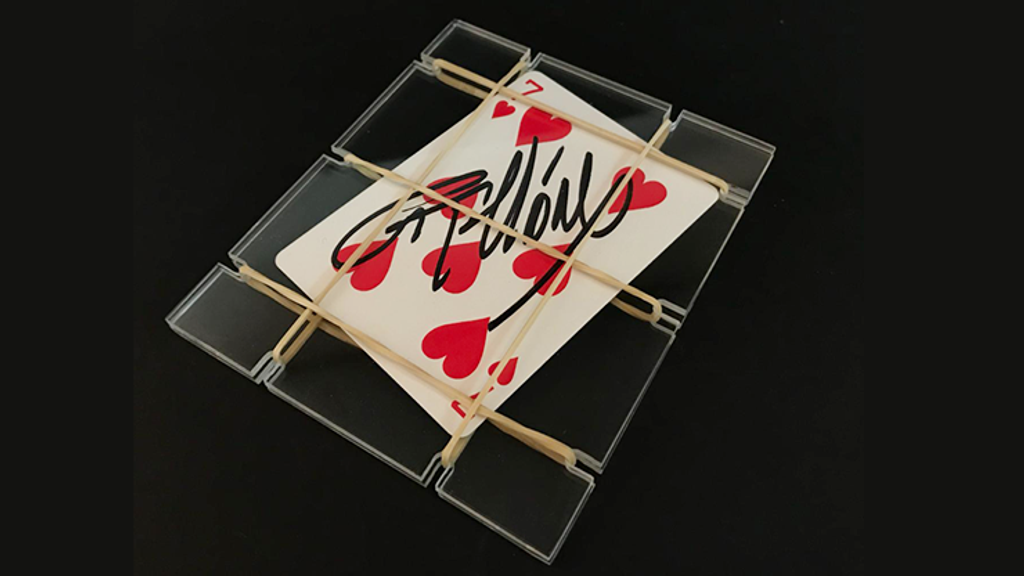 Here's a great card magic effect, to be performed as close up or parlor magic. A genial trick, easy to perform, surprising and very commercial. It is based on the already well-known trick known as "Selected and signed card, in the wallet."

Just imagine: a card, selected and signed by a member of the audience, disappears from the rest of the deck. At the very moment the disappearance is discovered, you bring out a closed black bag and hand it to the spectator to open. Inside the bag he finds his signed card - it is in-between two transparent acrylic plates, pressed together by elastic bands that keep the card between the plates. The spectator himself removes the bands, takes the card and examines it -- it is, really, the very same one he had previously selected and signed. The audience will be unable to understand how this miracle happened almost instantly. Everything may be seen and examined by the audience.

You receive the two acrylic plates prepared with the grooves for placing the elastic bands, the bag and the professional gimmick, which performs the miracle.