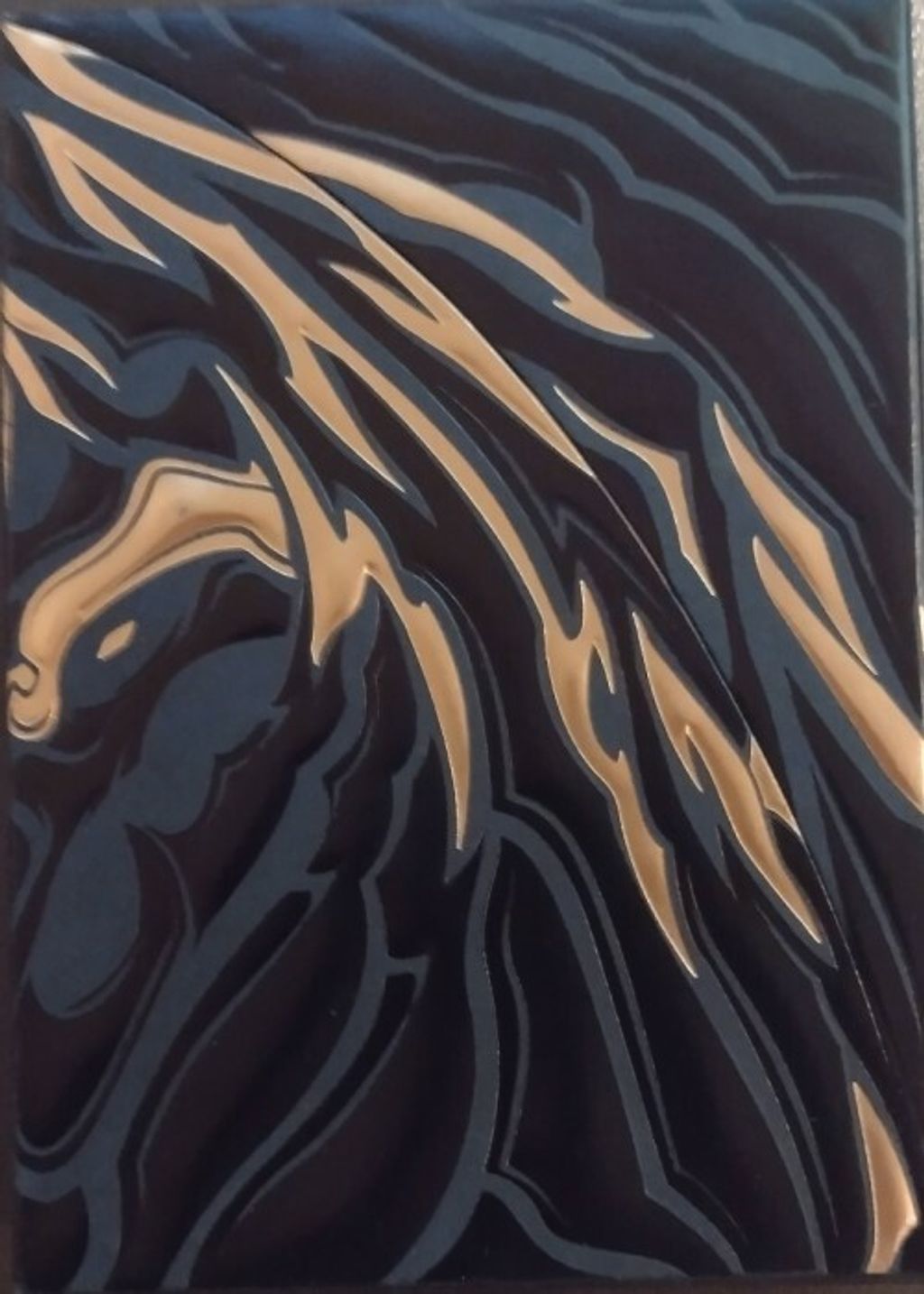 For centuries, demons have been conjured from the underworld. Infamous for their malevolent nature, they have been often associated with nocturnal animals like the bat. The devilish features of the creature have yet to be fully revealed, and the giant wings suggest that devils don’t come from hell beneath us, they come from the sky. With over Three Years in the making, we are here to present to you, the Demon Playing Cards.

The Vengeance Edition😈 has a more restrained look and is much more familiar compared to the Gigantic Edition. However, don’t get fooled by the look as the Vengeance Edition grants you access by lifting up the batwing. A simple, yet astonishing piece of design that makes a remarkable display piece when combined as a trio.

The back design on both versions of the deck has some slight differences that allow you to choose for display or performances. For the Gigantic Edition, we have chosen a borderless design and matching color tones to showcase the details of the deck, perfect for display purposes. The designs ingrained in this deck will convince you that you are not holding a piece of paper, but a spiritual creature from another realm.

The back design of the Vengeance Edition features a white border and a contrasting color tone of black and gold making it the perfect deck to have in your everyday carry as a magician and cardist.

The court cards feature a story that showcases both sides of the underworld. Unlike your regular court cards, the Jack, Queen, and Kings of this deck are asymmetrical, allowing us to see the full design of each character.

The representation of each court card from opposite realms can be identified easily with their designs. Within one realm, you can see much more recognizable human forms of the courts. But once you step into the underworld, you can see the flesh and bones of the court cards, as if warning you to step aside when you encounter them.

The Ace of Spades of the Demon Playing Cards is a true test of an artist’s skill to infuse the shape of a spade into the demonic design of the entire deck. We won’t reveal too much of the designs, however, there is a warning down below - “Devils don’t come from hell beneath us. They come from the sky.”

Following the theme of the bat, the number cards give a refreshing look to each suit. If you haven’t noticed already, each suit has taken the design of what seems to be the wings of the bat and given a new definition.

The two Jokers are a sight to behold and to fear. At the first glance, they may seem exactly the same, but upon further look, you can see that the two Jokers feature a completely different creature. With the demonic design as if they’re conjured by a spirit of vengeance.

Both DEMON Vengeance & Gigantic Edition will be manufactured by the Taiwan Playing Card Co with their high-end Luxury Finish. The Vengeance & Gigantic Tuck Case will be printed on 330gsm Premium Matte Finish Paper with three high-quality Hot Foils imported all the way from Germany. And the final product will be assembled by experienced craftsmen in China.