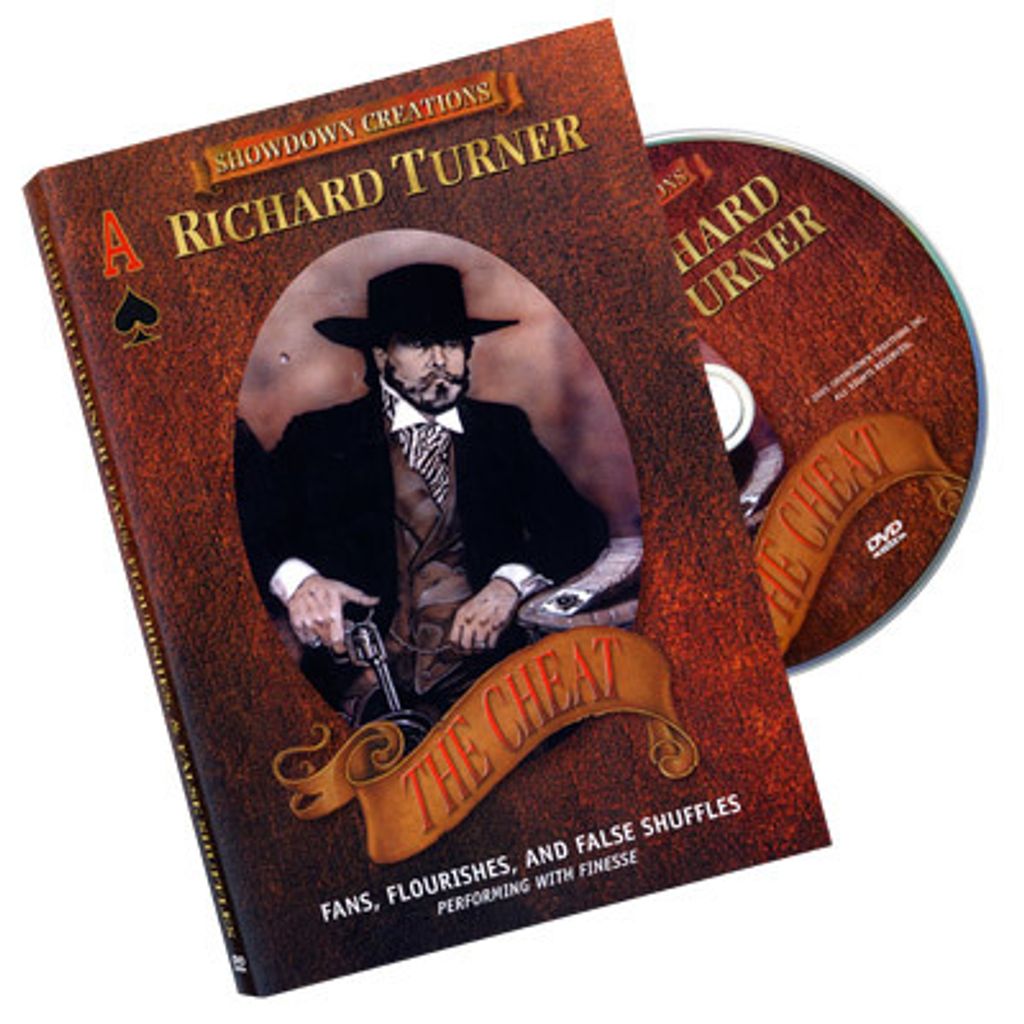 Richard Turner has been making his living as a performer for 33 years, performing more than 70,000 shows for lay audiences. In this 105 minute DVD, Richard reveals some of the fans, flourishes, and false shuffles that he has employed to bring "visual punch" to his remarkable routines. The visual artistry taught by Richard range from simple to advanced.

Each manipulation is shown in real time, then in slow motion, and then followed by a step by step explanation.

Sixteen flourishes are taught, many of them original to Richard, such as the Asa Spades Fan, Cross Faro Fan, and the One-Hand Shuffle. Using flourishes to control cards is also exposed with Turner's Assembly Line Shuffle, One-Handed Triple Cut with Back Flip, and the Longitudinal One-Handed Shuffle Strip Out.

For the coin magicians, Richard has included a segment outlining 12 ways to juggle coins, including the eight coin roll and two coins going opposite directions on the same hand. In the Retro Magic segment, you will learn Richard's One-Handed Triumph, a baffling four card Do-as-I-do puzzle, and his Matrix Routine that ends with a five pound gold piece! All this and old footage from past performances make this DVD a must for any collector of magic.

"Technicians as a rule are not usually good actors or entertainers. Richard Turner is all three."
- Ed Marlo, 1978 -