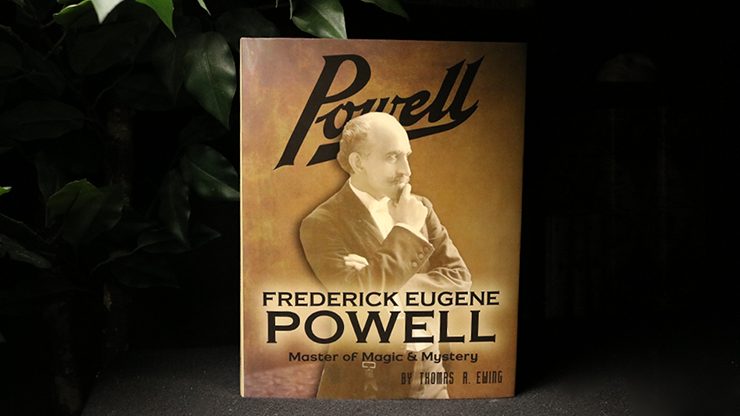 The name Frederick Eugene Powell is sadly forgotten by contemporary society. Most often it is recalled only by the most serious students of magic history. Even conjuring contemporaries like Harry Kellar and Howard Thurston are but names from the distant past. Why then, a biography on this bygone magician?

Over the course of eight decades, Powell trod the world's stages performing magic before delighted audiences. He was a powerful image in theater history and a major attraction in P.T. Barnum's circus. Audiences were thrilled with his conjuring throughout South and Central America. Powell assisted Houdini in the promotion of his movie, The Man From Beyond. He survived fires, floods, earthquakes, and even the Mexican Revolution. In his later years, he was conferred with the conjuring profession's highest honor -- Dean of American Magicians -- by both the National Conjurors' Association and the esteemed Society of American Magicians. He was a supreme performer, a true gentleman, and one of the most respected and beloved magicians in the world.

Now, you can read about his fascinating life from his birth in 1856, to his death in 1938. Research for this biography was drawn from hundreds of personal letters accompanied by rare photographs and examples of his surviving magic apparatus.

After reading this biography, you will know and remember Frederick Eugene Powell.