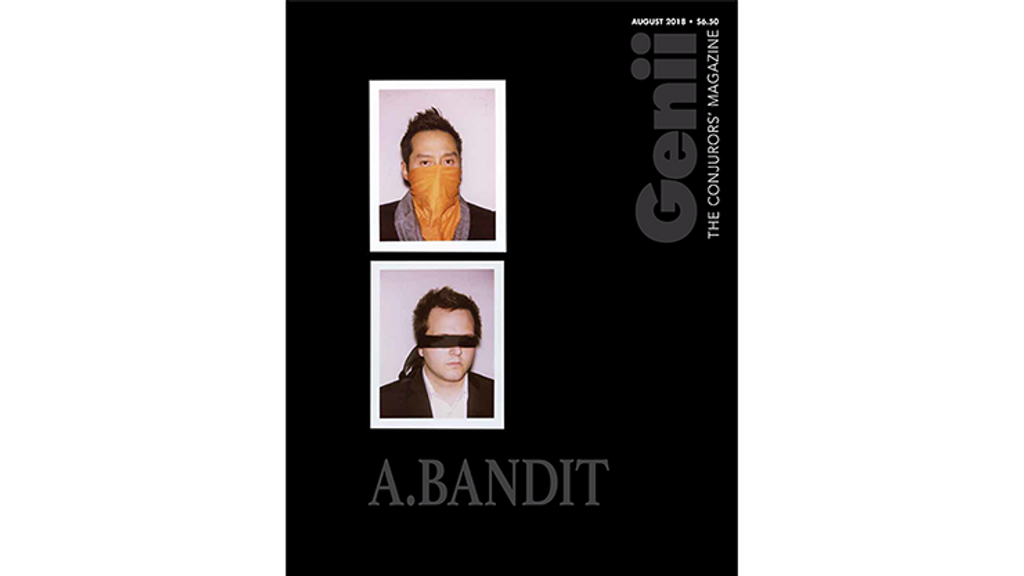 The Two Faces of A.Bandit An Excerpt from A Secret Has Two Faces by A.Bandit, The Collaborative Work of Glenn Kaino and Derek DelGaudio

The Eye by Todd Karr

Now Performing
On the Slant by Jon Racherbaumer

The Chamber of Secrets The Enchanted Cigar Cabinet by John Gaughan

Panmagium Harry and Me by Jonathan Pendragon

By Means of Metal by Kainoa Harbottle

The Expert at the Kids' Table Too Soon? No, Too Late! by David Kaye

The Academy of Magical Arts in Genii

LIGHT FROM THE LAMP