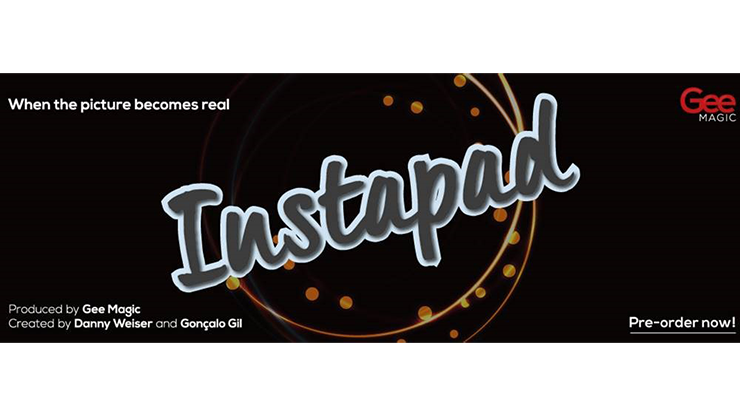 The plot is simple. The magician introduces the Instapad by saying that it will be important in a few moments. He can put it on the table, or give it to a spectator.

A card is freely chosen and signed. Then, the magician can perform his favorite card routine, keeping the Instapadaside for the big finale.

Magically, the signed card vanishes from the deck. At that moment, the magician picks up the Instapad and tells the spectator that their card is in the pad (they can read "Your Card" on it). There is something more, an arrow pointing to a dot that the magician claims is the signed card. Since it is still far away, the magician brings it closer. Suddenly, he produces the card in an incredibly visual way!