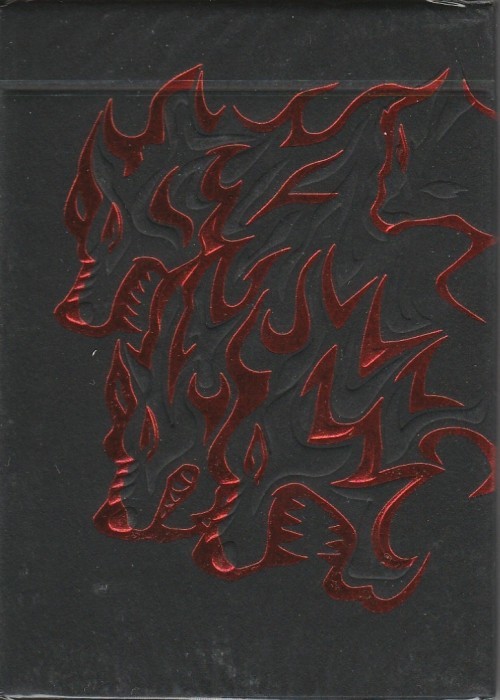 Kete Moon, the self-titled debut deck, sold out rather quickly back in 2015. Now it's back, it's limited, and it's more gorgeous than ever - the first sequel with gold stamping! Moreover, the major refinement of the box provides not only "better image," but also a "great image" for you, the magician! The Kete Moon deck has been printed with 360° artwork. If you gather up multiple decks and organize them in order, you will find the symbolic artwork: "Sprinting Wolf and Blood Moon." Both of them look wilder than did the previous design. Normally, compared to regular printing, gold stamping has its limit and is therefore hard to paint on the fold line of the box. However, we did a fine job, and we also took some time to refine the combination of gold stamping and paper embossing. Place one in your hand to feel the beautiful texture by yourself!

This special edition uses a color-changing mechanism that is uncommon on the market. You will notice the difference. The coloring of this special edition is different from the previous one as well. What's more, the deck includes a special, silver-back Joker for prediction magic. The deck also includes 55 playing cards, three of which are Jokers, in case you wish to play some casual poker games.