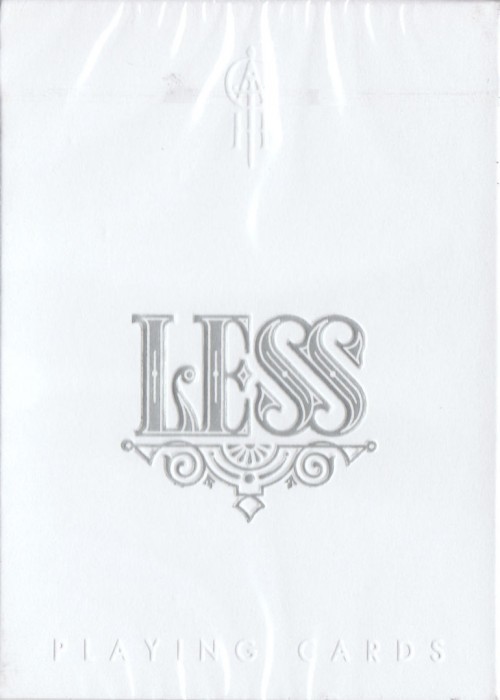 Designed and printed by Oath Playing Cards, Less is Lotrek's interpretation of "minimal".

The award winning designer, well known for his multi-foiled decks and highly detailed style, took up the challenge to create a deck keeping it as simple as possible.

Featuring only 3 inks and Lotrek's version of standard Courts, this deck is a rare example of what can be called "intricate minimalism"!

The tuck case is printed on a soft, uncoated white stock and is all embossed with just a few foil accents.