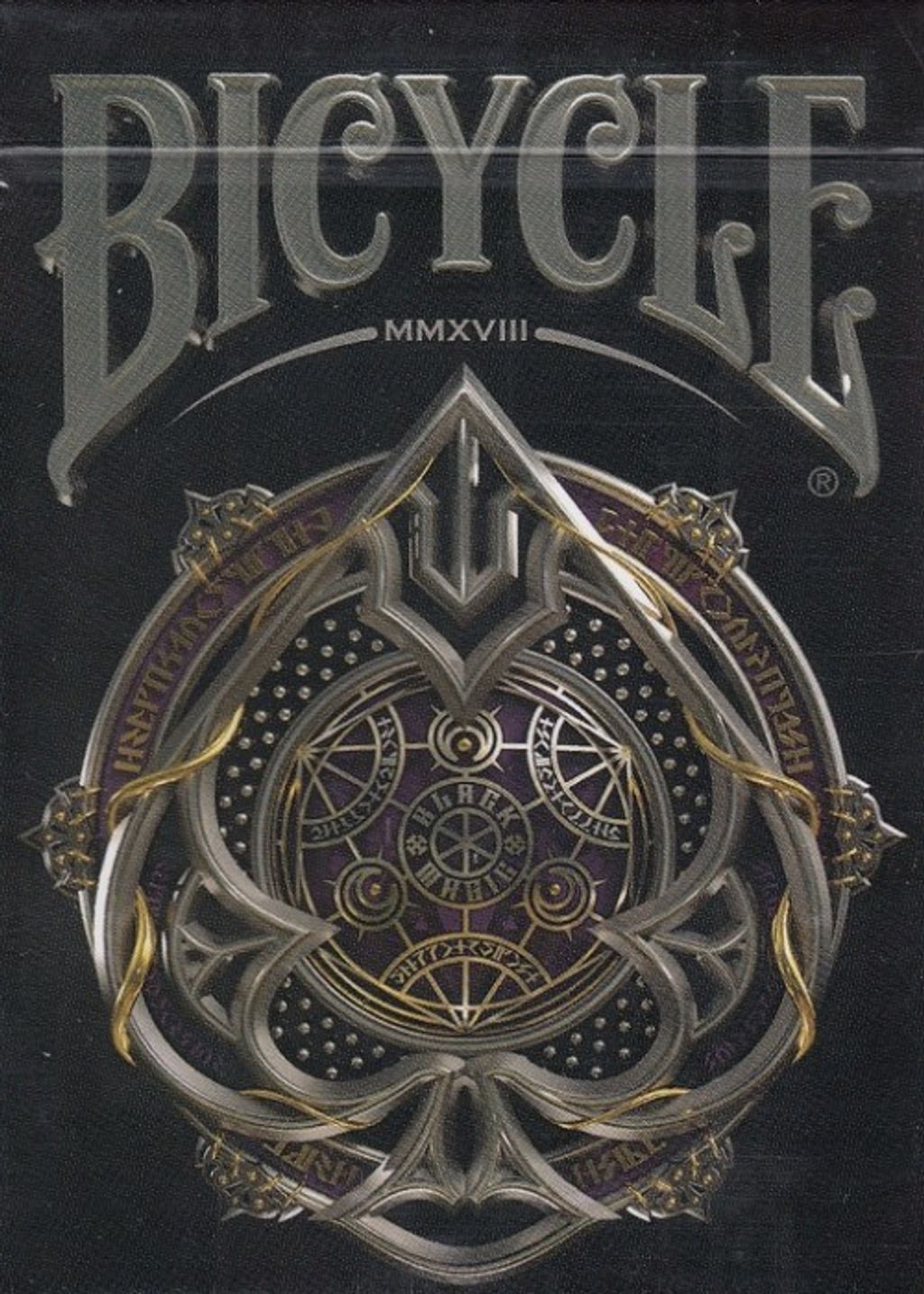 Two forces confront each other and, at the same time, balance the universe: GOOD and EVIL. Traditionally, Black Magic has been understood as the magic of evil, used for vile purposes. But we all know that it is not necessary to resort to this magic to do evil. Evil surrounds us every day. Conflicts, intolerance, selfishness... are part of an increasingly tense and self-destructive human condition.

After joining forces with the Bicycle Syndicate deck, Shape Shifters and Max Playing Cards decided to re-collaborate on a deck that showed another duality, that of good and evil, fusing ideas that would represent their passion for cards and design and a reflection on life itself. This is how Bicycle Black Magic Playing Cards came about, a deck that remembers that the forces of evil must be fought with magic and with hope, too.

The best of both worlds has been combined again in this deck full of positive energy. Different graphic techniques in 2D and 3D have been combined to create something unique.

The deck talks about its own inspiration through a fairy tale.

The back combines elaborate medieval elements in sinuous shapes and intricate geometries to achieve perfect harmony.

The Aces and Jokers follow the aesthetic of the back, with elaborate patterns that mix symbols through geometric shapes that are pure magic.

Card faces have been created on white backgrounds to maintain a perfect neatness for magical routines or table games. However, these backgrounds have been lavishly decorated with very elaborate but subtly presented structures to keep the cleanliness without sacrificing detail and exquisite elegance.

The colors have been chosen to convey joy and hope. Greens and purples substitute traditional reds and blacks in pips indexes and have been created with a structure different from the traditional one to show a more interesting visual effect.

Although they have been inspired by the traditional ones, the court cards have been completely customized with characters instilling calm and hope, but strongly armed to fight against the evil forces.