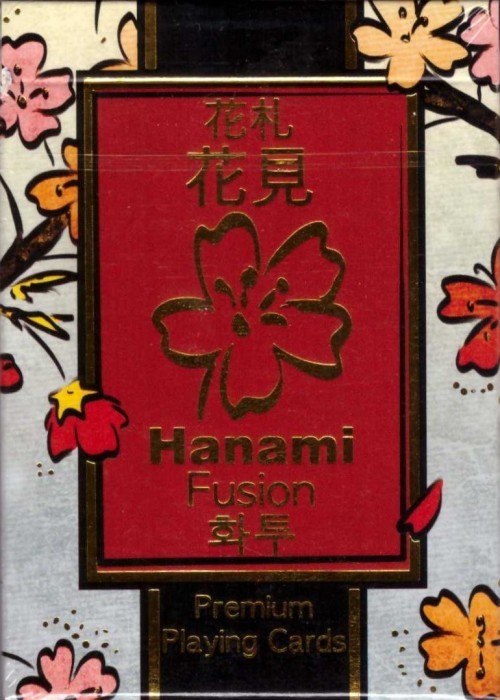 The Hanami Fusion Deck was designed to combine standard poker indices, hanafuda imagery, and custom-designed hanafuda indices into a multipurpose deck that can be used to play Eastern and Western games. The Hanami hanafuda indices indicate the flower, month, and type of each card. These helpful indices also make the Fusion deck a great way to learn and teach hanafuda.

Inspired by the floral motifs and symbolism-rich imagery of traditional Japanese hanafuda, Hanami is a stunning modernization and celebration of a timeless classic.

What is hanafuda? Hanafuda are floral-themed pip-less playing cards, popular in Japan, Korea, and Hawaii. Hanafuda decks have 12 suits. Each suit is represented by a month of the year and each month is represented by a flower. Hanafuda can be used to play numerous games, including traditional classics such as Koi-Koi, Hachi-Hachi (88), Go-Stop, and many more.