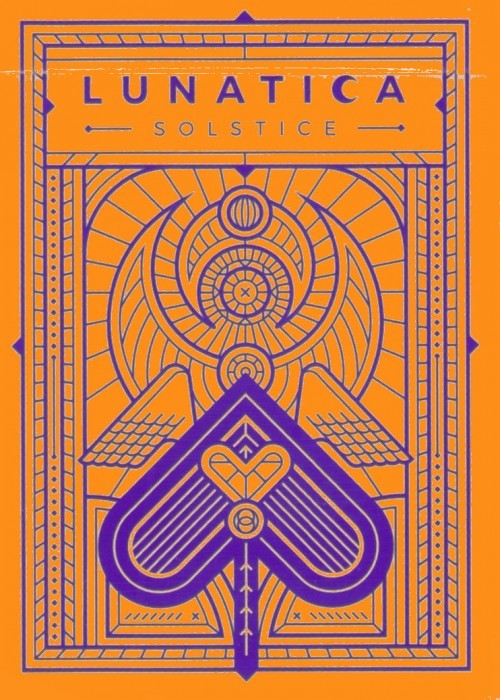 Lunatica is a new series of playing cards with a style that is colorful, modern, sharp, and fun.

It is made by Thirdway Industries, designed by the Italian designer Giovanni Meroni, and printed by USPCC.

Lunatica's main theme is, of course, the Moon - but this theme has two faces. The most obvious is the mythological and astral aspect of the Earth's satellite.

The hidden face is the psychological aspect: the Moon is also the symbol of the mercurial human emotion - it can change from sadness to happiness in a blink of an eye.

Lunatica is the first cardistry-oriented project of Thirdway Industries: it's focused on cards in terms of design, ink, materials, and handling.