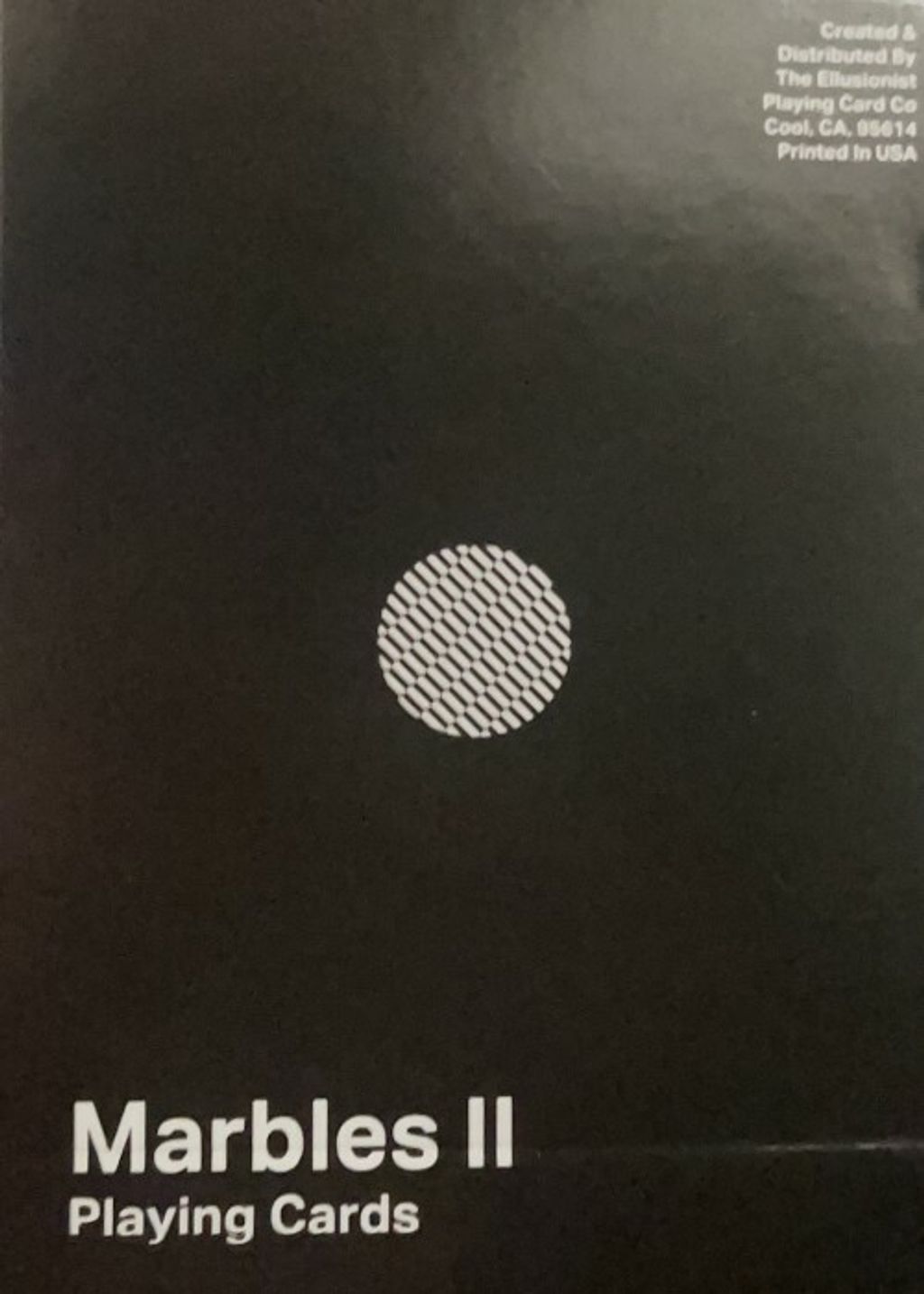 They move at 100mph... When held perfectly still.A few years ago we held a deck design tournament and after 3 punishing rounds, the people's champ was Marbles. A trippy, colorful deck that dominated the competition.But what most people didn't know, was that Marbles had a trippier, more bizarre brother. Marbles II. At the time, people just weren't ready to see them.Featuring a wild optical illusion on the back of the cards, Marbles II is a deck that doesn't ask for attention... It just takes it.The cards aren't really moving, but your eyes will tell you a different story. This makes Marbles II one of the most fun decks you're ever likely to play with - but don't just take our word for it.Marbles II is the best-selling mystery feck of all time..."How? It's brand new, isn't it?"True, but before we reveal brand new decks, we secretly give them to mystery deck buyers first.Without a doubt, this is the most highly-reviewed, most purchased mystery deck in history."Everything we see is perspective - not truth."There's a huge crossover between magic and optical illusions. A lot of people think magic is just that - a trick of the eye or mind.That's what drew us to creating this deck.The deck is printed here in the United States, on USPCC crushed stock. It's a thinner, durable stock that takes a hammering and just smiles right back at you.From the tucks to the Aces and everything in between, Marbles II is tailor-made. There are no copy/paste features or untouched faces. This is custom, through and through.Get your Marbles II decks today, while stocks last.