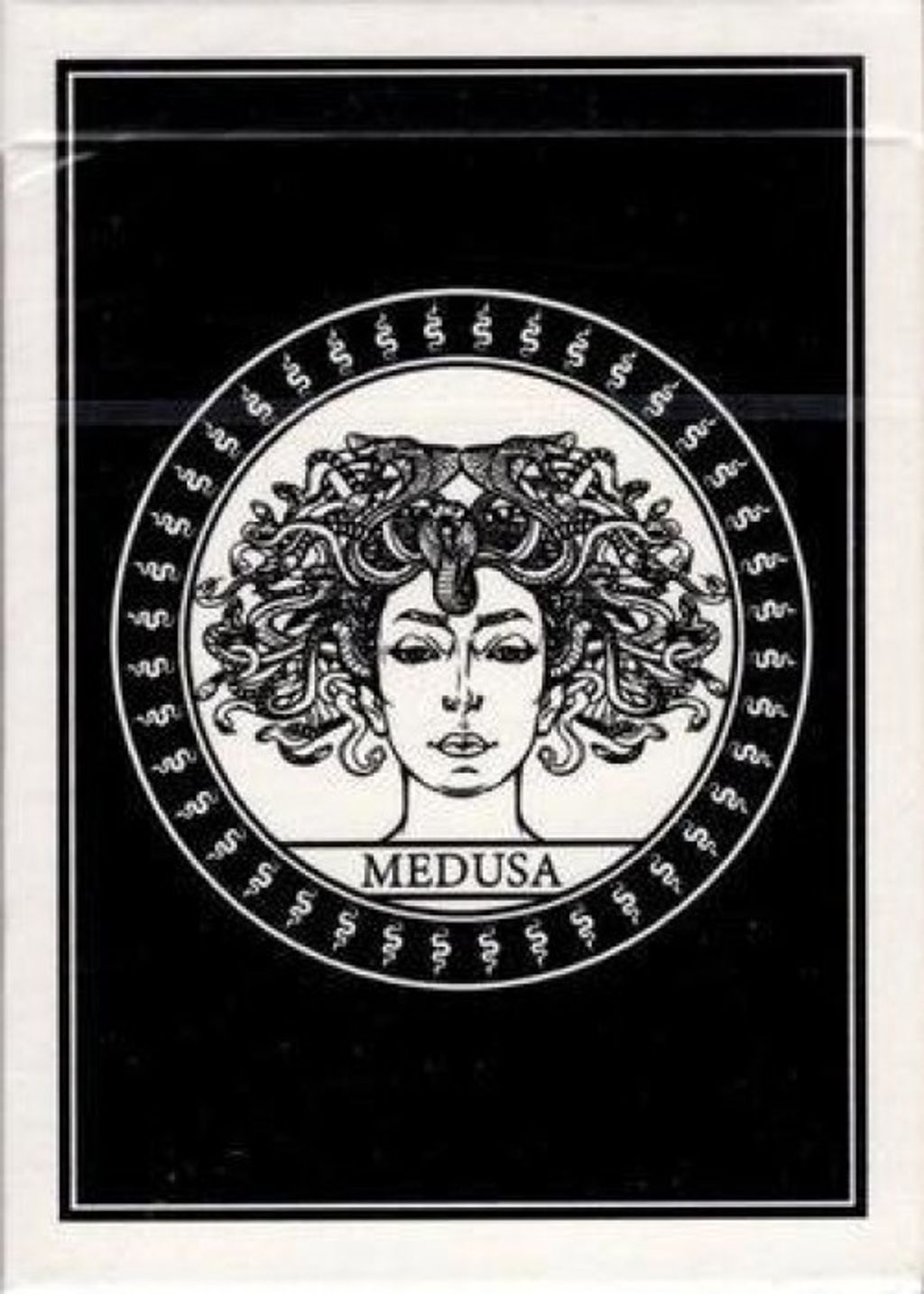 Medusa Playing Cards is not just a deck, it is a powerful tool for magicians and mentalists. The deck comes in Mnemonica Stack right out of the box, the cards are marked in seven different ways that have been incorporated perfectly into the design in order to be invisible to the spectator's eyes. This is the Holy Grail of magic.

As we mentioned, the Medusa Playing Cards has seven marking systems that work in Mnemonica Stack, the stack introduced by Juan Tamariz, and the one most popular among magicians.

If you are familiar with Mnemonica, this adds a new level. You can also mix the deck and use it as a marked deck (for value and suit of every card).

The best feature of these marking systems compared to other marked decks is that they use a code that is very easy to read for those who know the secret, but they are unreadable for the spectator. In addition, the design makes the marks as hidden as possible for those who do not know where to look.

The back design is strongly inspired by the standard and timeless decks like the Tally-Ho. In creating this back, we used snakes (to keep the Medusa theme) as the main element creating patterns surrounded by lines and dots. These cards do not attract too much attention at first glance. A positive feature, especially for magicians who don't want their audience to believe that it is a tricked deck, especially if marked in seven ways.

All the faces have been modified, but we kept the total look very similar to a standard deck.

Personalized face cards with modern elements take the dust off the original standard cards without destroying the classic look and feel. Medusa Playing Cardshas redesigned pips, suits and suits' size and disposition. We used a thinner and slightly smaller font for the pips (it is the same font as the logo). We didn't want anything that's too fancy, so you have something familiar but not standard.