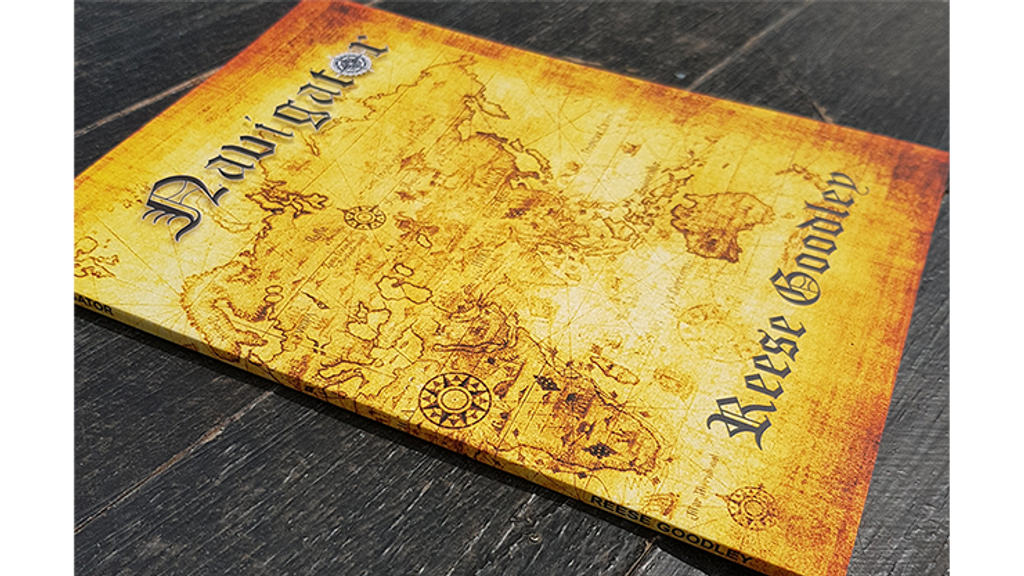 From the creative mind of Reese Goodley comes his debut effect, Navigator.

With foreword and contribution by Peter Turner.

Have you ever wanted to be able to divine the exact country someone is merely thinking of, entirely prop-less - with complete ease?

With very little process and without anything ever needing to be written down, you will be able to quickly and effortlessly divine a thought-of country - using nothing but your words and the mind of your spectator to make it work!

This all takes place within a theatrical frame that makes logical sense to those who witness your performance. You will leave your audience completely dumbfounded!

It's simple, elegant and the work is over in a moment - yet, the amazement will last a lifetime!

We are pleased we were able to convince Reese to finally share what only a few in his close circle were in on previously - it really is that good!

It would be a shame if others didn't have a chance to know about this, too.

Now it can be yours!

The book is printed beautifully by Steve Haresign at Haresign Press.

Here are a few comments from those who were lucky enough to be trusted with its secrets early on:

"Reese's take on prop-less mentalism is both ingenious and comprehensive. The Navigator routine itself is very well thought through and the method is implemented beautifully."

"Reese has created a solid system for divining a thought-of country, entirely propless - that others will delight over."

"Those who have met me know I am a fan of 'get-to-know-you' effects - such pieces must, in my definition, be: prop-less, appealing, should involve the spectator's own senses and their imagination, be relatively quick to perform and have a good hit ratio. Navigator definitely fits the bill. Thumbs up Reese!"

"I've only ever said this about one effect before, but Navigator is 'Mental Tap', so it gets an 11 out of 10 from me!"