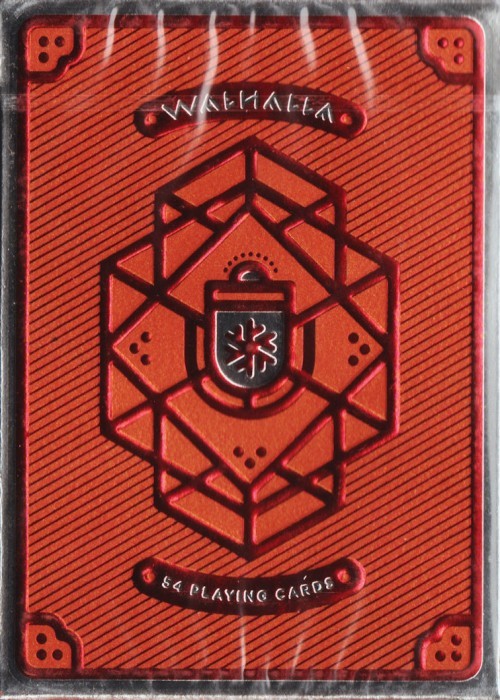 Described as a "warrior's paradise", it is here that the souls of those who are slain in battle go, chosen and guided by the Valkyries, a group of warrior maidens in service to Odin. Once they are there, these eïnherjar, as they are known, make revelry, as they feast on the beast known as Sæhrímnir, having their fill of mead made from the udders of the female goat Heiðrún. The feast is prepared by Andhrímnir (Old Norse: "the one exposed to soot"), the cook of the gods, in his cauldron, Eldhrímnir (Old Norse: "fire-sooty").

Outside of Valhalla's doors lies Glasir (Old Norse: "gleaming"), a massive tree that grows golden leaves, while its ceiling is adorned with golden shields. The tree Læraðr stands atop the great hall, where both Heiðrún and the stag Eikþyrnir (Old Norse: "oak-thorny") graze its foliage. During Ragnarök, the eïnherjar will aid Odin in his battle against Surtr and his forces.