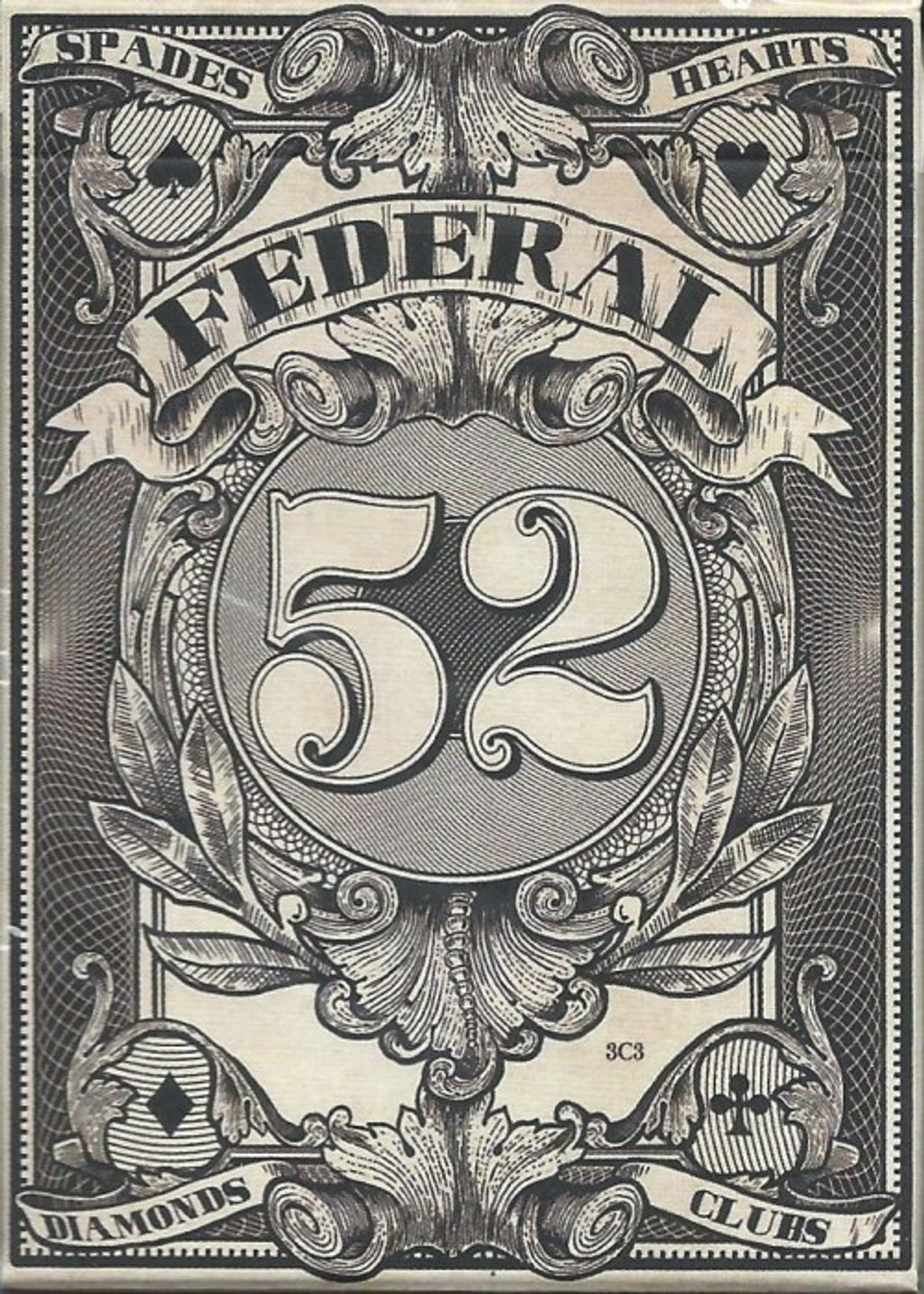 The "OG" Federal 52 is an almost exact reproduction of the very first Kings Wild deck ever designed and produced. Until now the OG Federal 52 has never been reprinted and by most playing card collectors and enthusiasts are considered one of the cornerstones of the custom playing card world.

It is with great pride and excitement we have finally reprinted this very special deck to us and to many of the original supporters.

The OG Federal 52 was printed by The United States Playing Card Company.

The only changes we have made from the first edition are enlarged index numbers and letters to help with easier readability. Also, new custom plate IDs and serial numbers are on all of the court cards and aces.

The easiest way to tell the difference between the first print run from 2013 and the new print run is by looking at the bottom of the box. You will find a new add copy. Also, the new print run does NOT have a green seal with the Kings Wild logo.