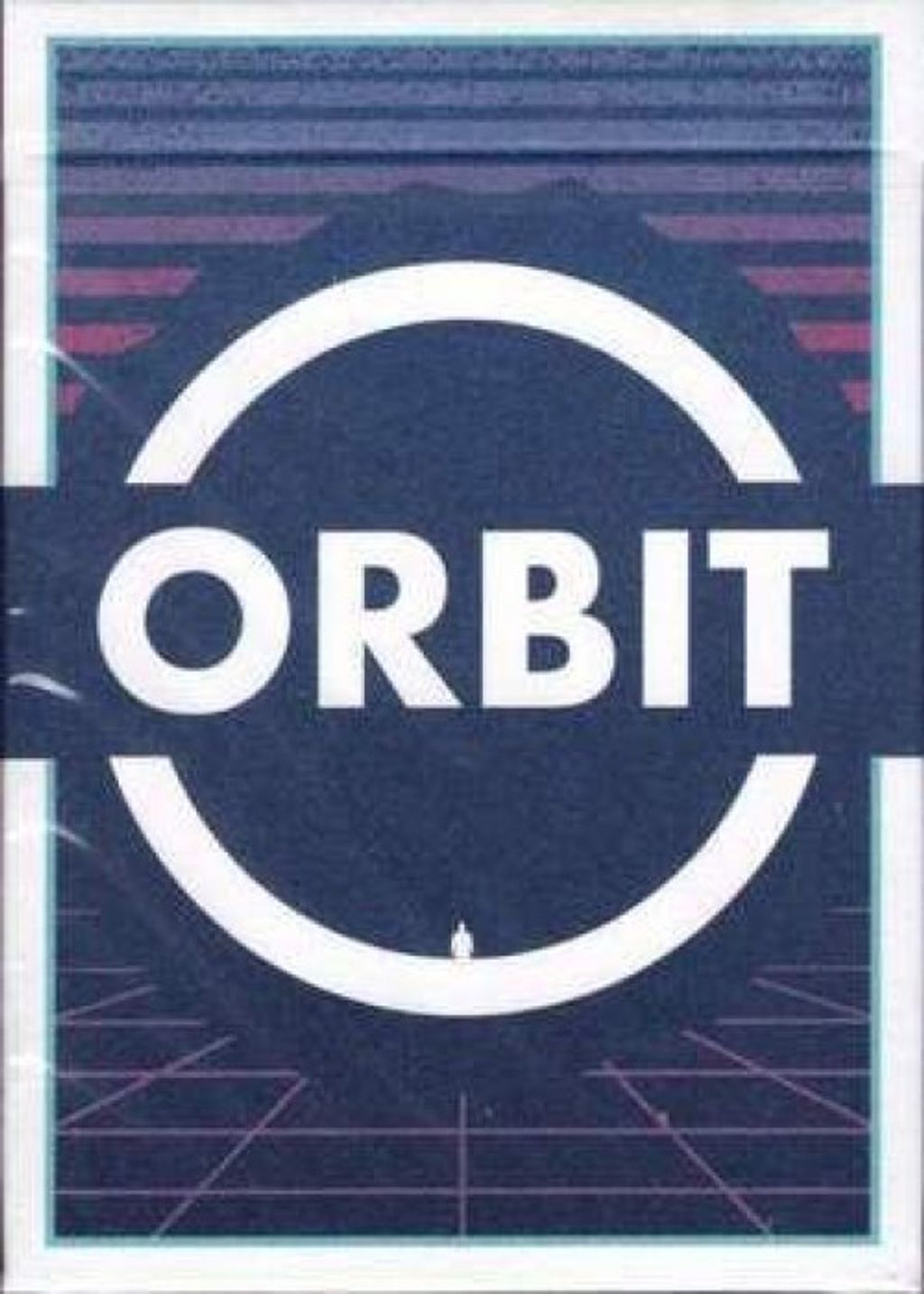 ORBIT V7 retro design is a tribute to 80's design and specifically the 1986 Space Shuttle Challenger. Premium crushed stock traditionally cut on the web press. Will not be reprinted.

LIMITED EDITION: Will NOT be reprinted.

Welcome back guys! Chris here. Welcome to the seventh edition. Orbits are going 80's. For this edition, the crew and I sat down and reviewed a lot of 80's art to come to this final design. We missed clean borders and wanted something more minimal than the V6 but still with the element of intricacy within some part of it.

The V7 features a pink dominant center along with the mountain range from the V5 Orbits that are now inverted, so they are a window to what's behind the card rather than the original mountains. Upon close inspection, constellations can be seen in the star belt.The rainbow at the bottom of the box inside the Orbit logo is a direct tribute to the lives lost in the 1986 space shuttle Challenger on their mission STS-51-L.

The last names of the crew can be found on the inside of the V7 tuck because those who gave their lives for space exploration should never be forgotten.

NASA halted missions for 2 years after the tragedy but when they came back, the mission patches had a rainbow in the center to signify life along with 7 orange stars to remember the 7 lives lost. Gregory Jarvis, Christa McAuliffe, Ronald McNair, Ellison Onizuka, Judith Resnik, Michael Smith, and Dick Scobee.

The rainbow was saying that NASA is back and alive but will carry the life of their fallen astronauts. It is a beautiful tribute to the lives lost in 1986. We're doing our part to ensure their legacy lives on.

Pips and indices. I knew I wanted a retro design that people would have been using in the 80's. I asked USPC if they had the retro Arrco pip package. Their archives didn't go back that far.

Luckily, I have a retro Arrco deck in my private collection from the 70's that Nick Stumphauzer gave to me as a gift -- it was found in his grandparent's attic. Holly scanned over the cards, we sent them to Daniel, and he did the rest. If you look closely at the pips and indices, you'll see that they are a bit thinner than previous Orbit pip packages (that are also Arrco) and look a little wavy. This was not an accident. I wanted to capture the essence of a 70's deck that would have been used in the 80's, imperfections and all.

You won't find another deck in this millennia with this retro pip package. The red has been replaced with pink on the V7's for an extra eye-catching aesthetic.

New Court faces. We have added 3 new faces. The Queen of Clubs is my childhood best friend's mom, Nancy. I've known her since I was 11 and she is like a second mom to me. The King of Clubs is her husband, Matt (Big Matt). They have been there for me during some pretty important moments in my life and have guided me through some tough times. They deserve to be here in the deck. The final card is the King of Spades, none other than my mentor in magic, John Bodine. John has kept me headed in the right direction in my magic career, is a life mentor to me, and even invested in the my website to get it up on its own two feet back in 2012. Not sure I'd be where I am today without him in my corner.