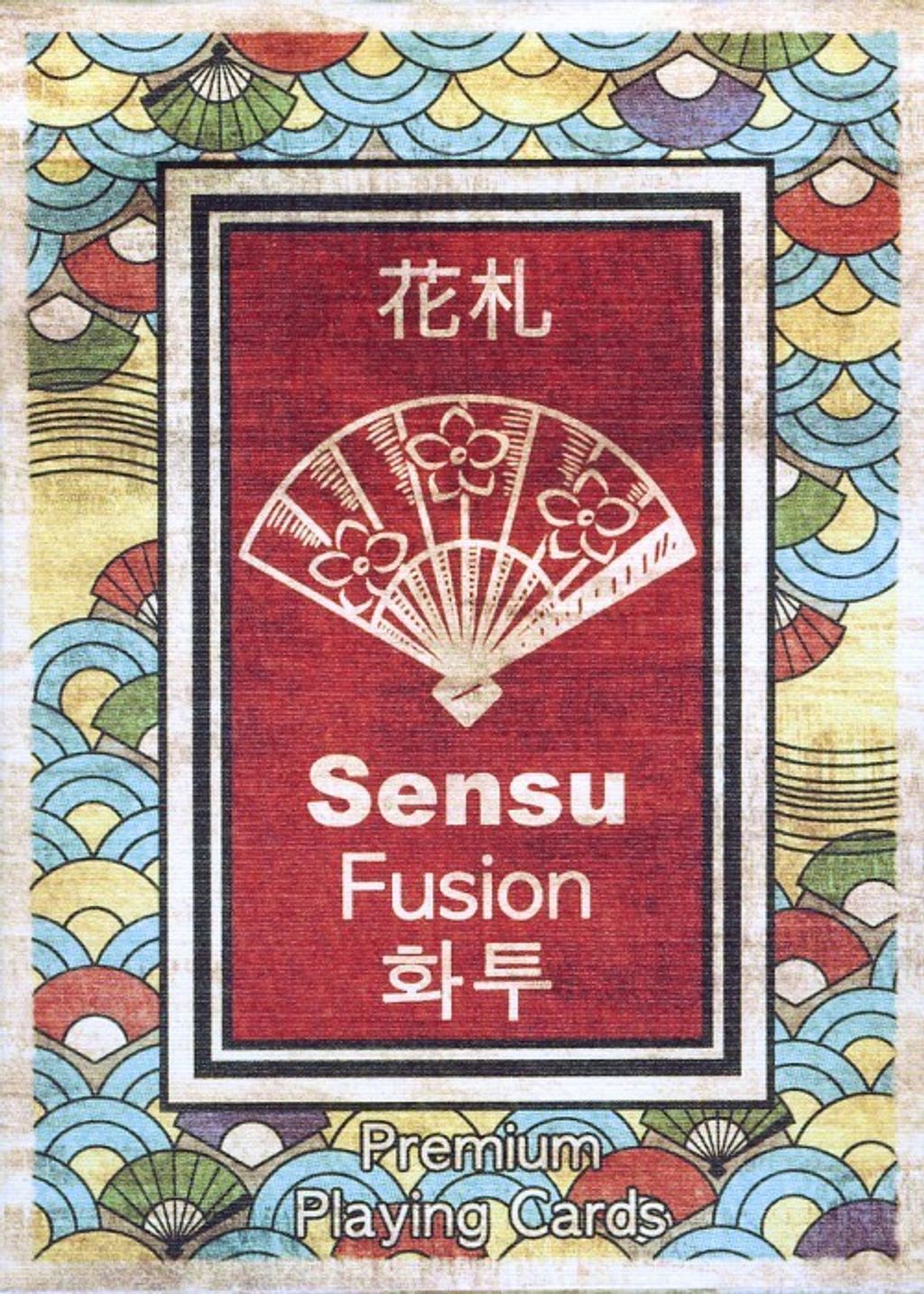 LIMITED EDITION: Only 1000 printed! Will NOT be reprinted.

Sensu Fusion is a floral-themed deck featuring 54 unique, fully custom, and beautifully illustrated poker-sized playing cards. Inspired by the symbolism-rich imagery of traditional hanafuda and the illustrations of Uchiyama Rossetsu (1892).

Play all of your favorite games with one deck!

Sensu Fusion is a multipurpose deck that can be used to play both Eastern and Western games. The deck features standard poker indices, hanafuda imagery, and custom-designed hanafuda indices. The hanafuda indices indicate the flower, month, and type of each card. These helpful indices make the Fusion deck a great way to learn and teach hanafuda.

Hanafuda are floral-themed pip-less playing cards, popular in Japan, Korea, and Hawaii. Hanafuda decks have 12 suits. Each suit is represented by a month and each month is represented by a flower. Hanafuda can be used to play numerous games, including traditional classics such as Koi-Koi, Hachi-Hachi (88), Go-Stop, and many more.