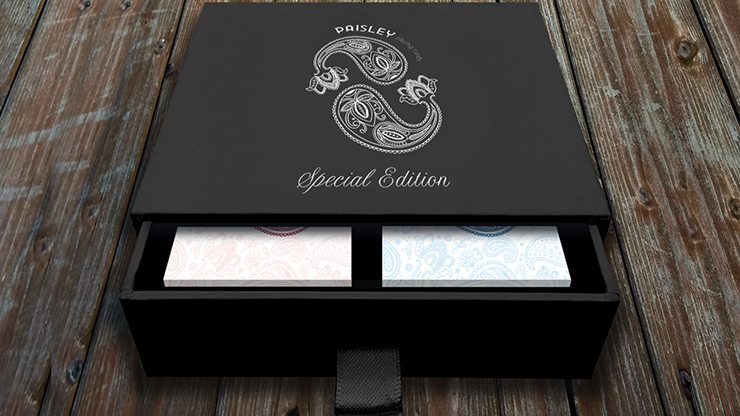 This exclusive Paisley Collector's Box Set is the perfect stage for the limited collection of the Ruby Red and French Blue Edition. It features a matte black exterior with silver hot stamping print and a classy ribbon to open the drawer with ease, which makes this box a true collector's item. A soft black foam inlay encloses the decks perfectly for extra protection. Only 150 have been made!