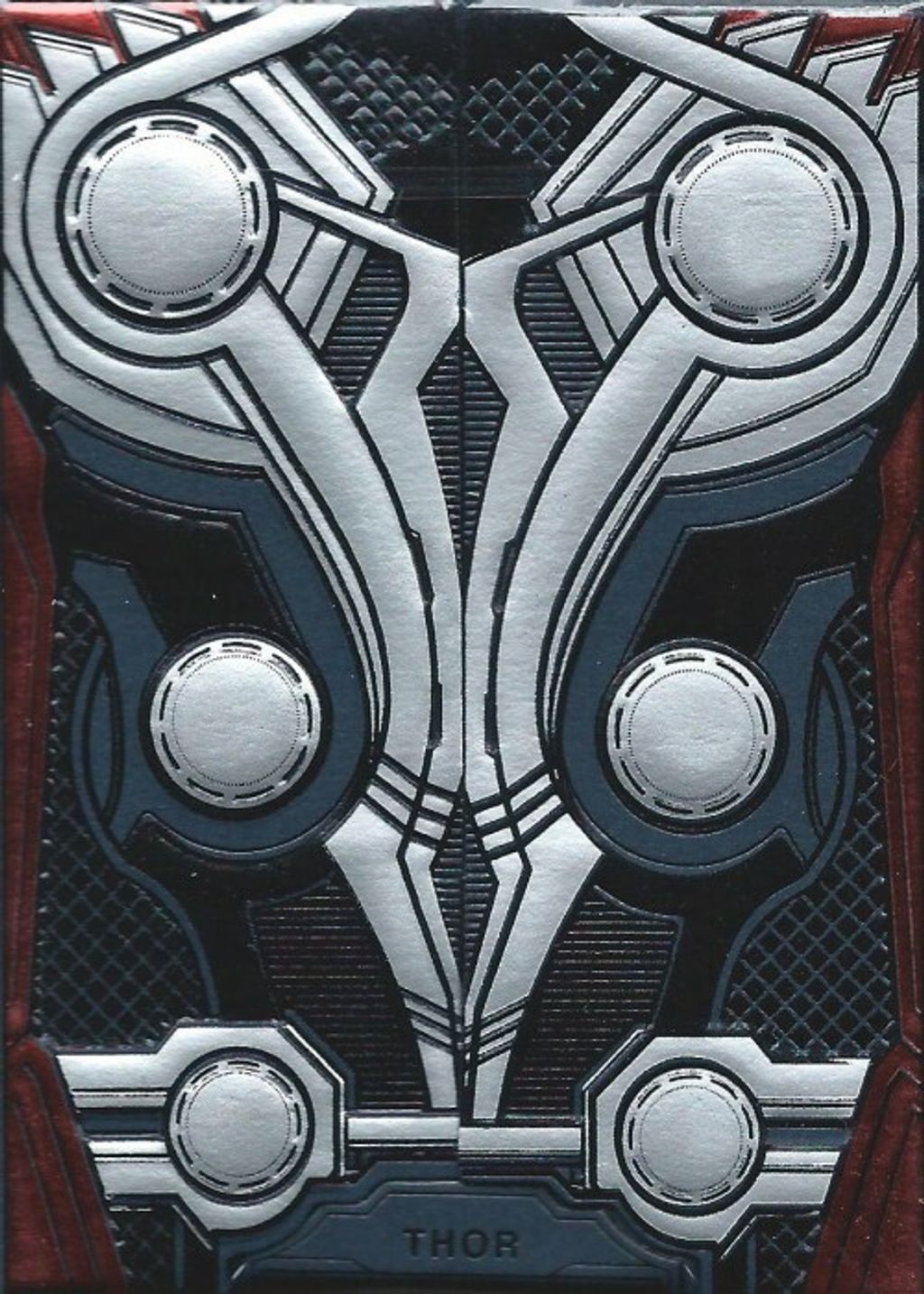 “Whosoever holds this hammer, if he be worthy, shall possess the power of Thor.”

Expertly crafted based on the blockbuster film Thor(2011). The playing cards feature a finely tailored red and navy Asgardian Armor with silver foil accents and embossing throughout the tuck case.