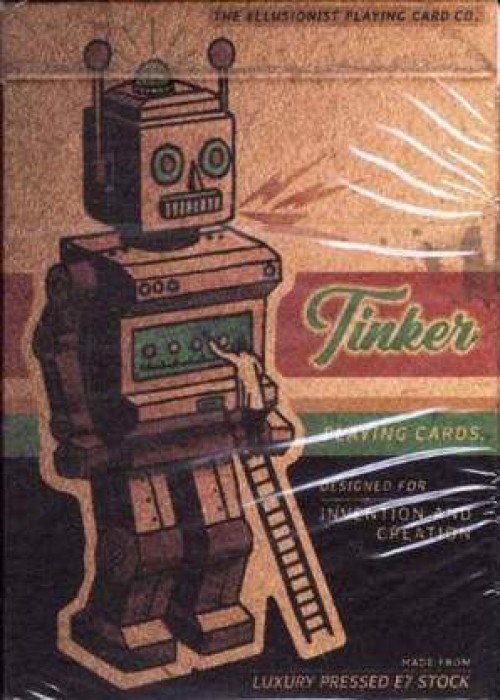 This year we're giving you the chance to win your very own deck of cards, designed by Ellusionist.

Last years winner was Joshua Ray, a California native who worked with our designer Oban to capture his personality in the new TINKER DECK. Joshua performs mostly close-up card magic, mixed with a little parlour and stage.

His real passion is performing for younger audiences and seeing their imaginations run wild.

As a modern-day renaissance man, Joshua's passions include "guitar, singing, songwriting, woodworking, gardening, juggling, writing, computer coding, knitting and of course, magic." Josh likes to tinker with everything. To create from nothing.

His passion for the traditionally-whimsy take on playing cards inspired the Tinkers. He loves green decks, so it was important for us to capture some 'green' elements in his design for him.

His passion for spreading child-like wonder inspired the jokers. While the backs capture a workshop of a true 'maker'.

Tinkers are for those who are always creating from nothing, whether it be magic or something entirely unique.

Limited to only 2,500 decks, this is your only chance to own a piece of a fellow Ellusionist fans' imagination.