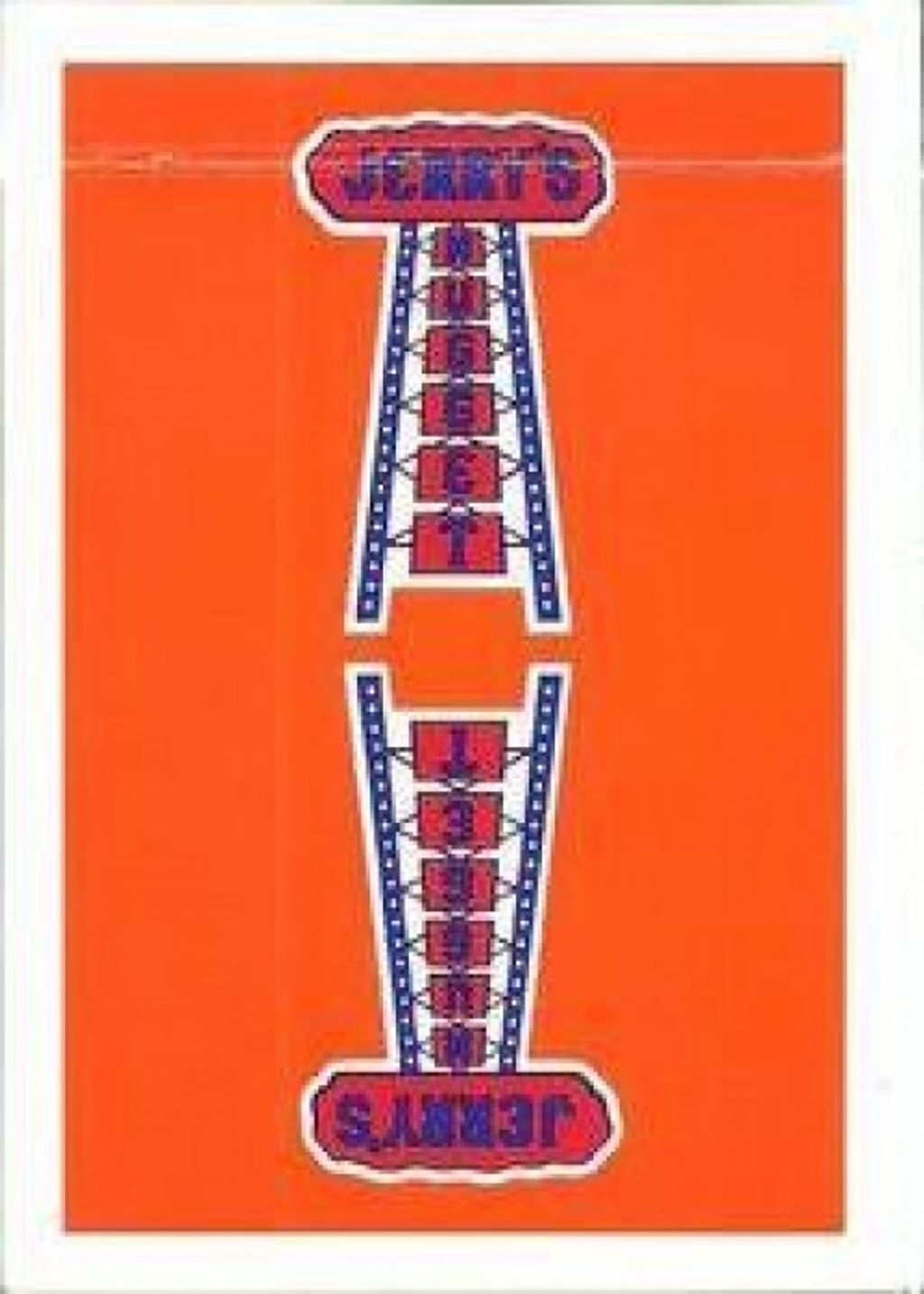 The LIMITED Vintage Feel paper, the traditional cut, and the exclusive JN FINISH will make you swear it is one of the original decks-- yet at an everyday price.

They are smooth yet snappy...once in your hands you will NOT be able to put them down.

Perfect for magicians, cardists and collectors, the classic Jerry Nugget design contrasts perfectly against the ORANGE back design. Orange is known for success, encouragement and creativity.

The world's most iconic deck of cards ever to be created. Now Jerry's Nuggets Playing Cards are your EVERYDAY cards!

By the fall of 1999, these cards sold out, yet the demand continued to grow. Today, authentic Jerry's Nugget cards are among the most desirable and expensive modern decks on the market.

Produced by Expert Playing Card Company overseas, these Vintage Feel decks feature our famous JN FINISH! JN Finish is a firmer card stock. We believe these cards will be as close to the originals as anyone has been able to achieve!