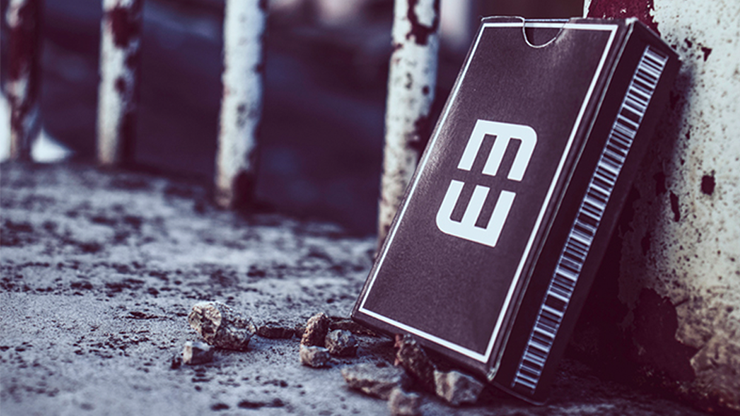 WH is one of the most influential brands in playing cards and cardistry in Brazil. We not only have one of the biggest playing cards stores of the country, but we also have a blog about a many subjects in the cardistry world. We have already interviewed famous people like Jaspas, Virtuoso, Dimitri Arleri and others. In order to spread even more of this art that we value so much, we decided to create the first cardistry deck of Brazil, the WH Deck. We released it in July of last year, at an event where we reunited cardists, magicians, and collectors.

This time we are presenting the second version with a new design and a lot of improvements.

This time WH went even farther with the design in working on the second edition of the deck since the launch of the first almost a year ago. The deck will be printed by USPCC, and will be made in partnership with Escape Time, a big company of Escape Rooms. WH Escape Time will enter in history as the second version of the first deck for Brazil's cardistry.

The design is minimalist and elegant, with WH Decks logo in the center. The borders are thin and doubled, which provides a nice effect when doing fans that get stripped -- black and white.

The faces of the cards are all personalized and enigmatic.

The Court cards are also personalized. Some of then have the drawings of the first deck, and others are standard, but all of them are designed with small details that make the deck even more interesting.

The cards will come in an order -- the cyclical and mathematical order created by the magician Si Stebbins in 1898 -- allowing you to discover the exact position of each card in the deck.

The deck will be printed by USPCC, conveying no doubts about its quality. The paper have the famous air-crushing finish. The WH Escape Time Deck will be pressed by a machine so the cards will be thinner than a standard deck.

Besides everything we have already said, a detail that makes WH Escape Time Deck even more special is the fact that it has an enigma in it created with Escape Time. The first person to discover it will earn 500 dollars in products in the store!